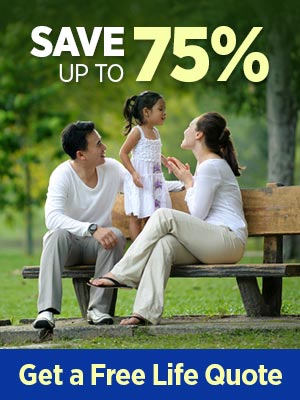 While 85% of the population of the United States agrees that life insurance is an absolute necessity, only 62% of the country’s citizens can actually boast coverage. What is even more worrying is the fact that 40% of those who come under various forms of coverage feel that they simply do not have enough. Statistics go on to show that the levels of coverage have dropped over the last few decades, a trend that has the industry baffled. While there is economic data to explain this set of circumstances, common myths on buying life insurance also have a hand in it all.

Here is a look at some:

Life insurance is very expensive
Surveys show that while 25% of Americans feel that they need to do more in terms of life insurance, only one in every ten people actually plans to make such a move. The biggest reason given for the failure to reconsider options is cost. 63% of the people in these studies felt that upgrading their current policies was too expensive. The problem here is that 80% of the respondents in most surveys actually over-estimated their costs of coverage. In some cases, the estimations are way off the mark-in one instance, a respondent felt that insurance would cost them $1000 dollars a year while the real cost for that specific person was a paltry $150.

This is arguably one of the most common myths on buying life insurance, and the reason it tends to work all the time is because most holders never really think negotiation works in this part of the industry. There are many companies out there, and each is looking to make a killing, so there are policies that are bound to be more favorable than others. A good approach would be to take a look at the surrender values of the first year and ask for at least 50% of that in the column involved.

Your state of health does not matter

Some ads will pull you in by arguing that you do not need a medical exam, and that the carrier will take you on regardless your state of health. Of course, nothing could be further from the truth. The first two years of your policy are going to be very instructive because over their course, your company gets to access your level of risk. This 'suicide window’ can also be used to contest the validity of the health information you provided before signing up. At the same time, your state of health should never disqualify you from this form of insurance-you just need to choose right.

There are no internet-based rates. What you pay online is essentially what you would actually pay if you walked up to an agent and purchased a policy. Personalized services are better as they offer you the chance to weigh your options and seek the input of professionals.

There are several common myths on buying life insurance out there, and these perceptions have led to a staggering $15.3 trillion in terms of the value of the unmet life assurance need in the US.